“FSRU Toscana” is projected towards the LNG Small-Scale system

The Ministry of Economic Development, the Ministry of Infrastructure and Transport, and the Region of Tuscany, have recently authorized the company OLT Offshore LNG Toscana S.p.A., to carry out Small Scale LNG service on the “FSRU Toscana” regasification terminal.

In recent years, after the economic crisis of 2009, the natural gas market has undergone important changes, which have led it to be more dynamic and flexible. In fact, the situation, once characterized mainly by long-term supply and regasification contracts, has now changed to one, which has seen a considerable increase in short-term transactions called “spot” and “short-term”.

In this regard, the role of the Terminal “FSRU Toscana” will be strategic, since, thanks to the changes made to increase its versatility, and its tactical position about 22 km off the coast between Pisa and Livorno, will allow to service the Small-Scale LNG and therefore, small tankers to unload LNG directly from the FSRU (Floating storage and regasification unit) and then transport it to service stations. Thus, the LNG market will have the opportunity to develop both for the construction of storage units in unmethanized areas, and for using it in civil and industrial purposes with respect to land and sea transport.

Therefore, upgrades to the plant have been planned in this direction. These upgrades will be fulfilled by the companies Techint Engineering & Construction and MIB Italiana, which particularly impact two aspects of the FSRU terminal. The first aspect will be aimed at defining the mooring system to allow small LNG carriers to approach safely, while the second will involve the construction of a system for the transfer of LNG from the terminal to the tankers.

In this context, the solution implemented by MIB Italiana makes use of the company’s experience and many years of expertise in this sector combined with the most advanced technologies including the emergency release system based on a double ball valve. A technology that can boast the widest track record thanks to its use worldwide for more than forty years. 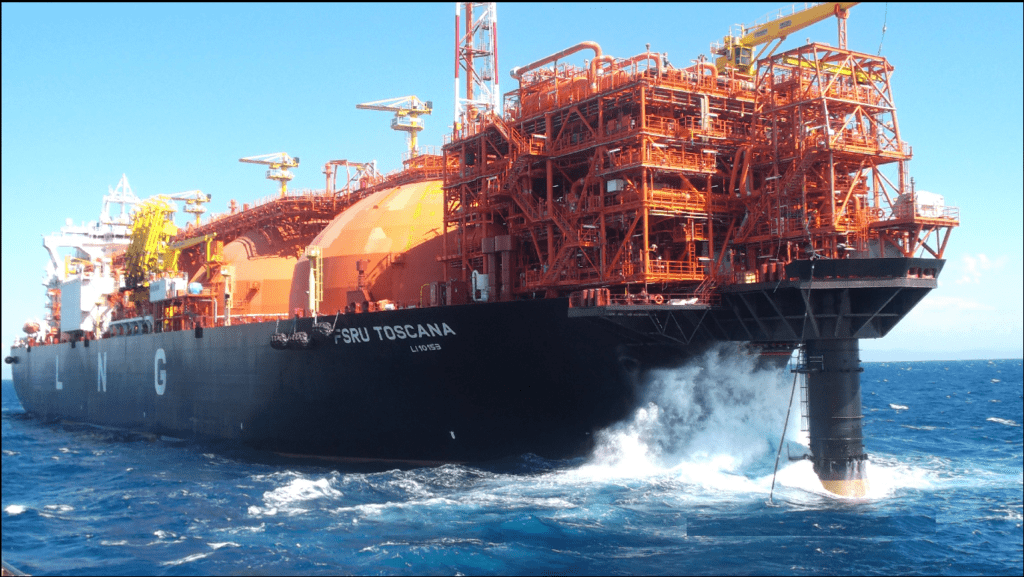